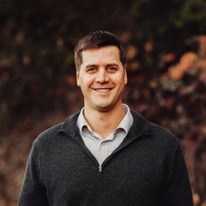 Nate Amidon spent 15 years leading people and programs for the US Air Force, Microsoft, and Boeing. He has flown over 3,000 hours as an Air Force pilot in the C-17 where he led a crew of Airmen on global combat and humanitarian Air Force missions. As a C-17 Instructor Pilot, Nate has over 1,500 hours teaching young pilots how to fly, make decisions, and manage a team. After leaving the Active Duty Air Force, Nate consulted on Software Development teams as a Project Manager, Scrum Master, and a SAFe coach on large-scale development programs. He started Form100 Consulting to help clients in the technology sector by applying military leadership best practices to software development programs. Nate holds a BS in Management from the United States Air Force Academy, an MBA from the University of Nebraska, an SPC, PMP, CSM, and is still an active C-17 pilot in the Air Force Reserve 313th Airlift Squadron.

What can we learn about Agile software development from large military exercises? In the presentation, Nate Amidon will draw on his experience as an Air Force C-17 pilot to illustrate how multiple military services work together to accomplish a mission, and contrast them with the Scaled Agile Framework (SAFe) including the SAFe release train, value streams, and portfolio management. Common themes emerge from both the military and SAFe which should be considered for success. (1 PMI Technical Project Management PDU)

All Articles
No items found.
Are you ready?